She didn’t expect love.  It was a marriage for power.  To align clans and loyalty.   She was the daughter of a chief and he was a warrior.  A man almost twice her age.   They were never meant to fall in love.

She knew when her father told her that she was to be married that she was being bargained.  She wasn’t a bride but a bribe, a reward for loyalty and dedicated service.  She wasn’t happy about it but she knew the importance of duty and honour.  Hers was a role also meant to be played.  She didn’t know the man but she knew she would marry him as she was told.  Love did not matter in a time of war.

What she did know of him, she had heard by word of mouth.  This man was different.  Solitary.  Hard.  Rarely smiled.  He was the type of quiet that makes other’s nervous.  What would he make of her?

The first time they met was the day of their wedding.  He didn’t smile once.  He stood stoic and proud, but she had chanced to look deep into his cold blue eyes and there had been a flash.  Like lightning it struck her.   She had worn her long hair down and the only time he had touched her was to catch a stray hair as it crossed her face.  It was an act of thoughtful gentleness that surprised her.

That night he took her to his house.  A stone cottage on a hill.  Small and modest.  A fire had been lit and it was warmer than she had thought it would be with furs upon the floor and a bed filled with fresh straw.   She laid on the mattress and expected him to take what he now owned.  Instead he told her to sleep.  To dream.   He did not even dare touch her.  She was so young and delicate.  He simply watched her sleep.   Only the firelight catching the glint of a smile.

The days passed slowly.   She talked to fill up the silence, then realized she didn’t need to.  That even the silences were full of conversation.  He took her to the market. where she choose food and fine fabric for a dress.   What she wanted he gave.  All the while, watching, ever vigilant, allowing her to lead.   And the people who knew him, saw what he did not see himself.  How his whole countenance lightened the moment she took his arm.

The days passed pleasantly, but at night he would send her off with instructions to sleep and to dream, but never joining her.   She knew he would not take by force what should be freely given.  She took his hand and led him to the bed.  The fire stoked and burned within them both.  She took his hand and placed it upon her chest.  You reside here, she said.  And together they explored every part of this new territory.   Tasted everything love had to offer.

She took him in to herself.  All of him.  Body and soul.   And when the two were joined it was the becoming and unbecoming of them both.  For they were no longer themselves but each other.   Souls combined for an eternity.    No one had ever loved deeper or more fully.  They created a sanctuary for themselves in a troubled world.  Such was the strength of their love.

In the morning she would wake him.  Stroking her fingers through his hair.  Kissing his eyes, the tip of his nose, his lips.   They would make love to their heart’s content and sit and talk and just be still together.   Life was good.  They were happy.  And winter came.

He was called upon to fulfil his duty.  The warriors were being called for battle.  And she knew she could not stop him.  She knew he would never break a vow.  So she held him and loved him as hard and as long as she could.  She held back the tears because she loved him more than life itself, and did not want to cause him any more pain.
She vowed to him that she would wait; she would wait for him to return.  And he vowed that nothing would stop him, not even death.

On the morning he left, she helped him dress.  As she handed him his sword, she looked into his eyes, like she did on that first day they met, and she saw herself reflected within.  She was as much a part of him as he was of her.  The pain they felt doubled for they now bore the heart of the other.   He kissed her tenderly and without another word turned and left.  She stood in the doorway and watched him walk away until he was well out of sight.  Only then did she weep.

Every day she stood at the door and gazed out looking for her warrior to come back to her.  And when that lifetime ended, she waited in every life thereafter, for the man who held her soul to return and fulfil his vow.

Words: ©2020LCR
Images: No Claim.  All Rights to Original Artists 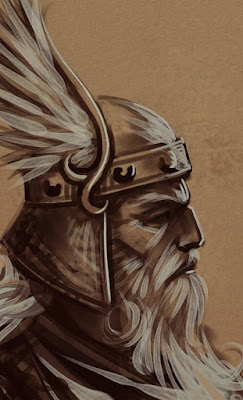 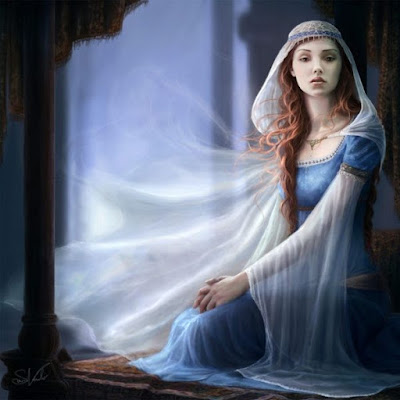 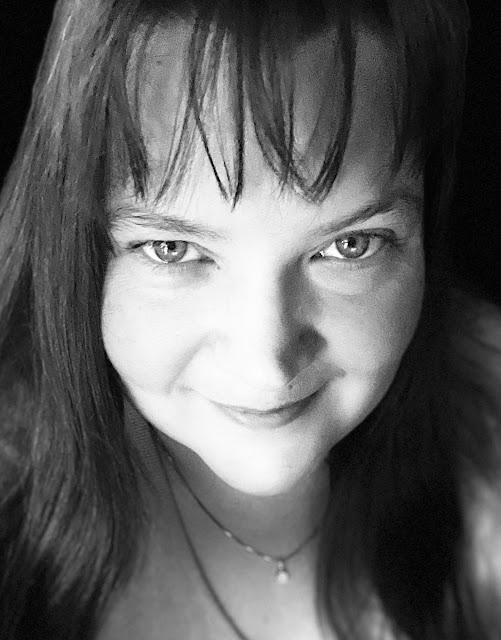 The last couple of months I've been going through some of the blackest days I've ever felt in my life.  Death came calling twice, I got sick and I'm still not fully recovered, my heart has been overworked, both literally and metaphorically, and I lost a dear friend.  I thought what I was feeling was depression but apparently it's "delayed grief."  I kept myself so busy that I never gave myself a chance to mourn any losses, and these most recent ones brought them all crashing in.  I fell into a black hole and I didn't know how to escape its gravity.  I stopped writing, because I couldn't find any words to describe how I felt.  I became lost to myself and it's like I'm discovering who I am all over again and remembering her at the same time.   But every day it gets a little lighter... It is in darkness, where she remembers how to shine. 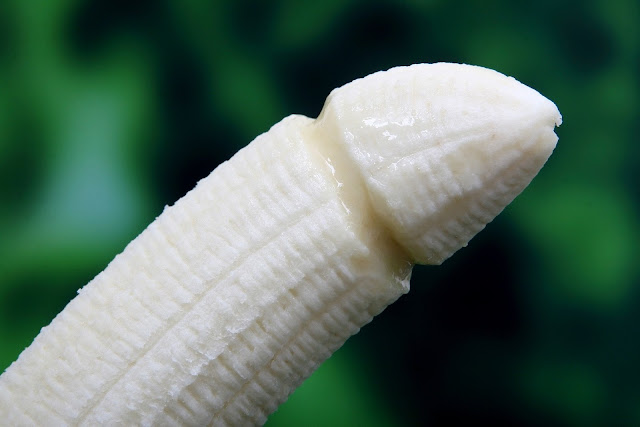 Just Bananas There seems to be   A real lack of   Etiquette On social media Did I ask for Some fruit? Did I say I was Hungry? I’m certainly   Not interested In your banana I’m sorry   But there’s   A real lack of   A peel   Words: ©2020LCR Image: CCO 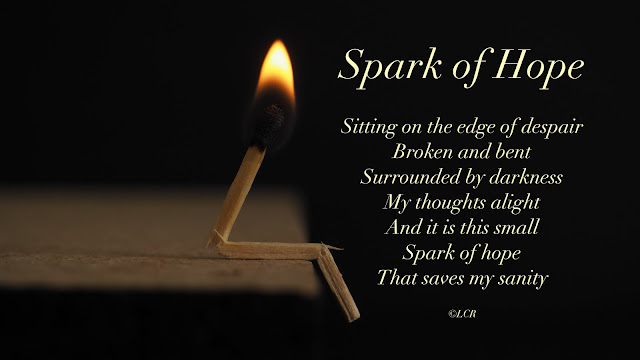 Spark of Hope Sitting on the edge of despair Broken and bent Surrounded by darkness My thoughts alight And it is this small   Spark of hope That saves my sanity Words: ©2019LCR Image: CCO